The harmful effects of extended inactivity are commonly known. An excessive amount of sitting results in an elevated risk of Type 2 diabetes, heart disease, and other chronic conditions, which includes depression.

To balance out the significant side effects of an inactive lifestyle, physicians recommend individuals carry out a minimum of 150 minutes of moderate to strenuous aerobic exercise every week.

The researchers found that both inactivity and physical activity independently influenced the risk of stroke. The study shows that stroke prevention strategies should look at both.

Both the amount of time individuals were inactive and the intensity and duration of physical activity were measured in 7,600 individuals 45 years and older and then the data was compared to stroke incidence in the individuals over 7 years.

The researchers discovered that individuals who were inactive for more than 13 hours each day had a 44% increase in risk of experiencing a stroke.

The results are more significant because an accelerometer was used for measuring the sedentary and activity behaviors, which provided more precise data compared to prior research that depended on measures that had been self-reported.

The individuals participating in the study wore an accelerometer mounted on the hip, a motion detector that accurately measured physical activity, inactivity and sitting duration.

Although smart watches and smart phones do motivate Individuals to move more, an alarming proportion of individuals don’t get enough exercise. It’s reported by the CDC that just 23% of individuals fulfill the weekly muscle-strengthening and aerobic activity recommendations.

If 10,000 daily steps seem inaccessible, the researchers say that performing just 10 minutes of physical activity of light to moderate intensity a few times during the day is an effective way to help reduce the chances of experiencing a stroke. 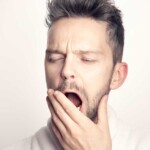 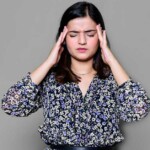