According to a study, individuals having higher blood levels of antioxidants could be less likely to get dementia. Antioxidants can help in protecting the brain from oxidative stress that can lead to the damage of cells.1✅ JOURNAL REFERENCE
DOI: 10.1212/WNL.0000000000200289

The study discovered that individuals having the highest blood levels of the antioxidants beta-cryptoxanthin, zeaxanthin and lutein were less likely to have dementia many years later compared to individuals with lower antioxidant levels. Zeaxanthin and lutein can be found in green, leafy veggies which include peas, broccoli, spinach, and kale. Beta-cryptoxanthin can be found in fruits which include persimmons, tangerines, papaya, and oranges.

The individuals were split into 3 groups according to their antioxidant blood levels. Individuals having the highest levels of zeaxanthin and lutein were less likely to develop dementia compared to individuals with lower levels.

The effect of these antioxidants on dementia risk was somewhat reduced when the researchers considered other factors which included physical activity, income, and education, so those factors may help explain the connection between levels of antioxidants and dementia.

A study limitation is that levels of antioxidants were based on one blood level measurement and might not reflect levels over an individual’s lifetime. 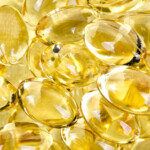 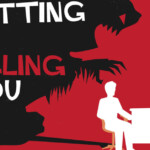