In a study of older individuals, taking vitamin D supplements every day, or a vitamin D combined with omega-3 fish oil seems to reduce the risk of getting an autoimmune disease, with a stronger effect after 2 years. According to the researchers, the results are important as there aren’t any effective therapies for reducing rates of autoimmune diseases, and these two supplements are non-toxic and well-tolerated.1✅ JOURNAL REFERENCE
DOI: 0.1136/bmj-2021-066452

Autoimmune disease occurs when healthy cells are mistakenly attacked by the natural defense system of the body. Some common conditions are thyroid diseases, psoriasis, and rheumatoid arthritis, which increase with age, especially in women.

Both vitamin D and seafood extracted omega-3 fatty acids are known to have a beneficial effect on immunity and inflammation, but there have not been large randomized studies to test if autoimmune disease risk can be reduced with these supplements. The researchers tested how vitamin D and omega-3 fish oil affected autoimmune diseases rates in 25,871 individuals with an average age of 67.

When joining the study, all individuals provided information on their ethnicity, age, region of residence, education, income, weight, lifestyle, diet, medical history, and supplement use. Vitamin D and omega-3 fatty acid blood levels were also measured. They were then randomly assigned to get 2,000 IU of vitamin D a day or a placebo, and 1,000mg of omega-3 fatty acids a day or a placebo, and they reported any autoimmune disease diagnoses over a period of an average of 5.3 years.

These autoimmune diseases included thyroid disease, rheumatoid arthritis, polymyalgia rheumatica (stiffness and pain in the muscles around the hips, neck, and shoulders), psoriasis, and others. Medical records were used to confirm reported cases. Uncertain insufficiently documented cases were classed as “probable” cases.

When probable cases were included, omega-3 fatty acid supplements did however significantly reduce the rate by 18% in comparison to placebo and there was a significant time interaction, suggesting a more pronounced effect the longer supplements were taken.

This was a large study that included a diverse general population with high rates of follow-up and treatment adherence. The researchers however acknowledge that only one dosage and formulation of each supplement was tested, and the results might not apply to younger people. 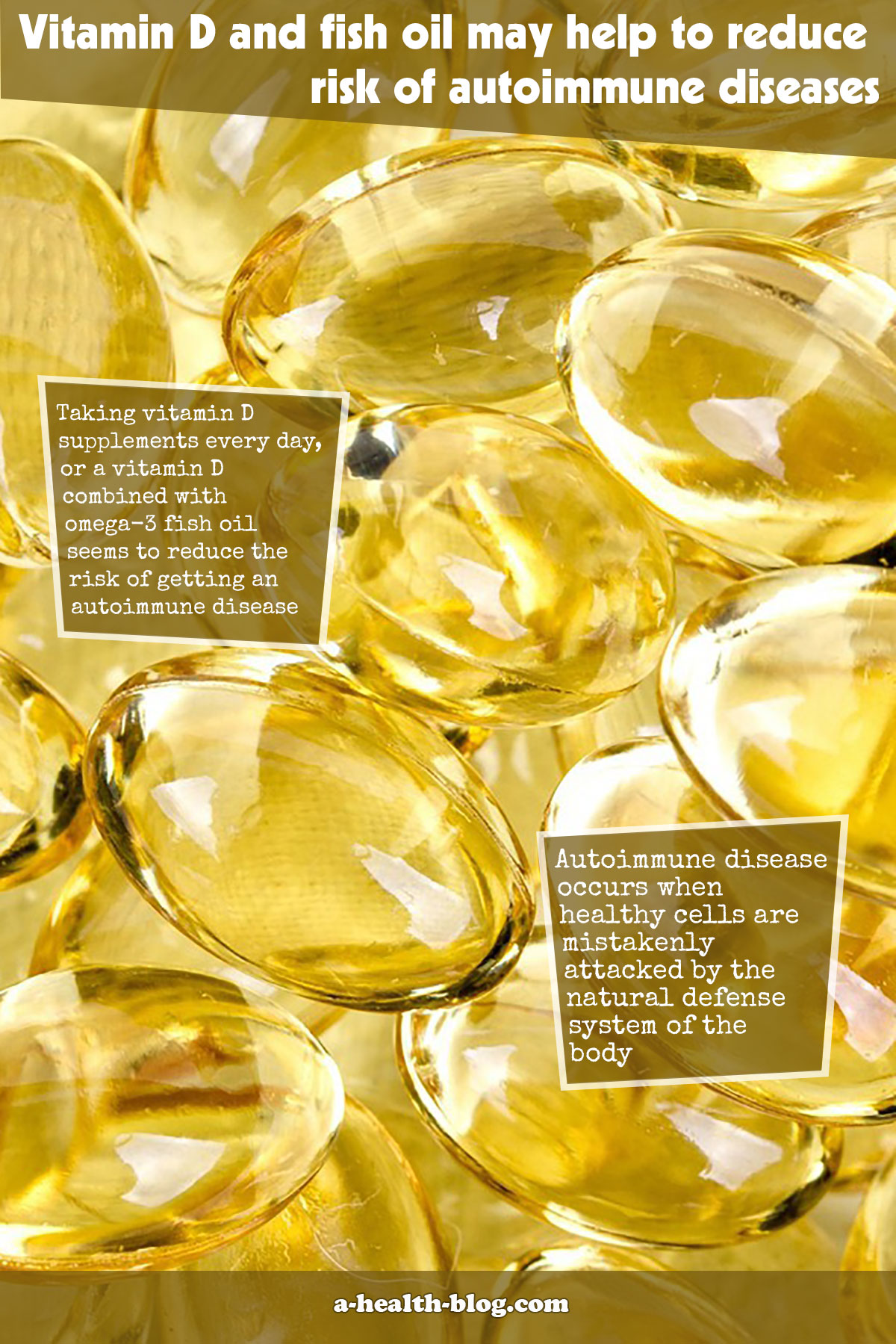 Want to use our images on your site? Right click on image for embed code