According to a study, an increase in body fat is a risk factor for diminished cognitive function. The body fat and low cognitive score association remained even after cardiovascular risk factors such as hypertension, diabetes, or vascular brain injury were taken into consideration.1✅ JOURNAL REFERENCE
DOI: 10.1001/jamanetworkopen.2021.46324

Bioelectrical impedance analysis was used to determine the total body fat of the 9,166 individuals who participated in the study. Magnetic resonance imaging was also used for measuring abdominal fat surrounding the organs called visceral fat in 6,733 of the individuals.

The MRI also evaluated vascular brain injury, brain areas affected by a reduction in blood flow to the brain.

Just over 56% of the participants were women aged between 30 and 75 with an average age of approximately 58. Most were of White European origin, with approximately 16% other ethnicities.

Those with known cardiovascular disease were not included in the study.

The study results indicate that strategies for preventing or reducing excess body fat may help protect cognitive function. The increased body fat effect persisted even after the effect it has on increasing cardiovascular risk factors such as hypertension, diabetes, and vascular brain injury were adjusted for.

The preservation of cognitive function is one of the best methods for the prevention of dementia in old age.

The study results indicate that one of the ways that physical activity and good nutrition prevent dementia could be by keeping a healthy weight and body fat percentage. 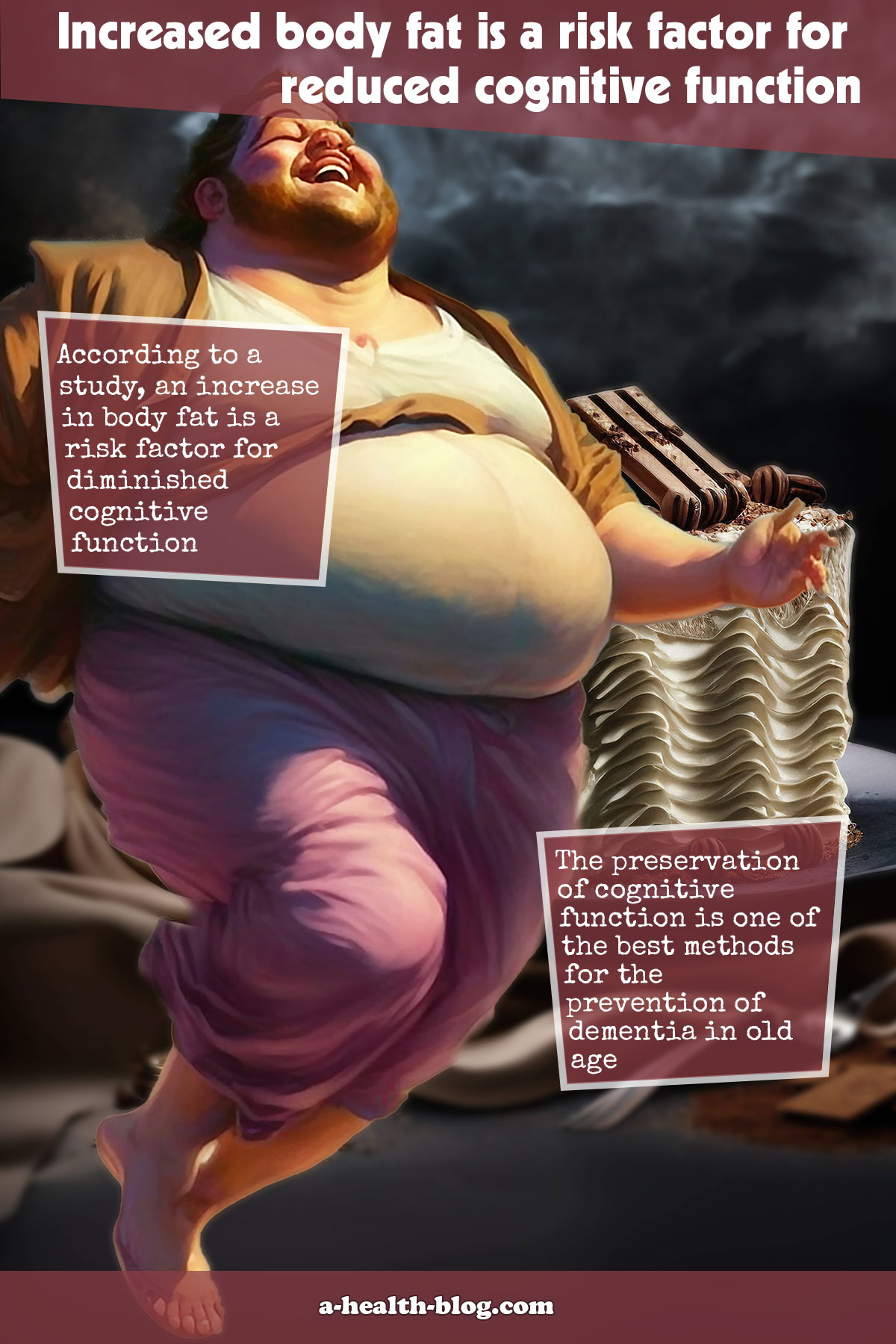 Image by Willgard Krause from Pixabay